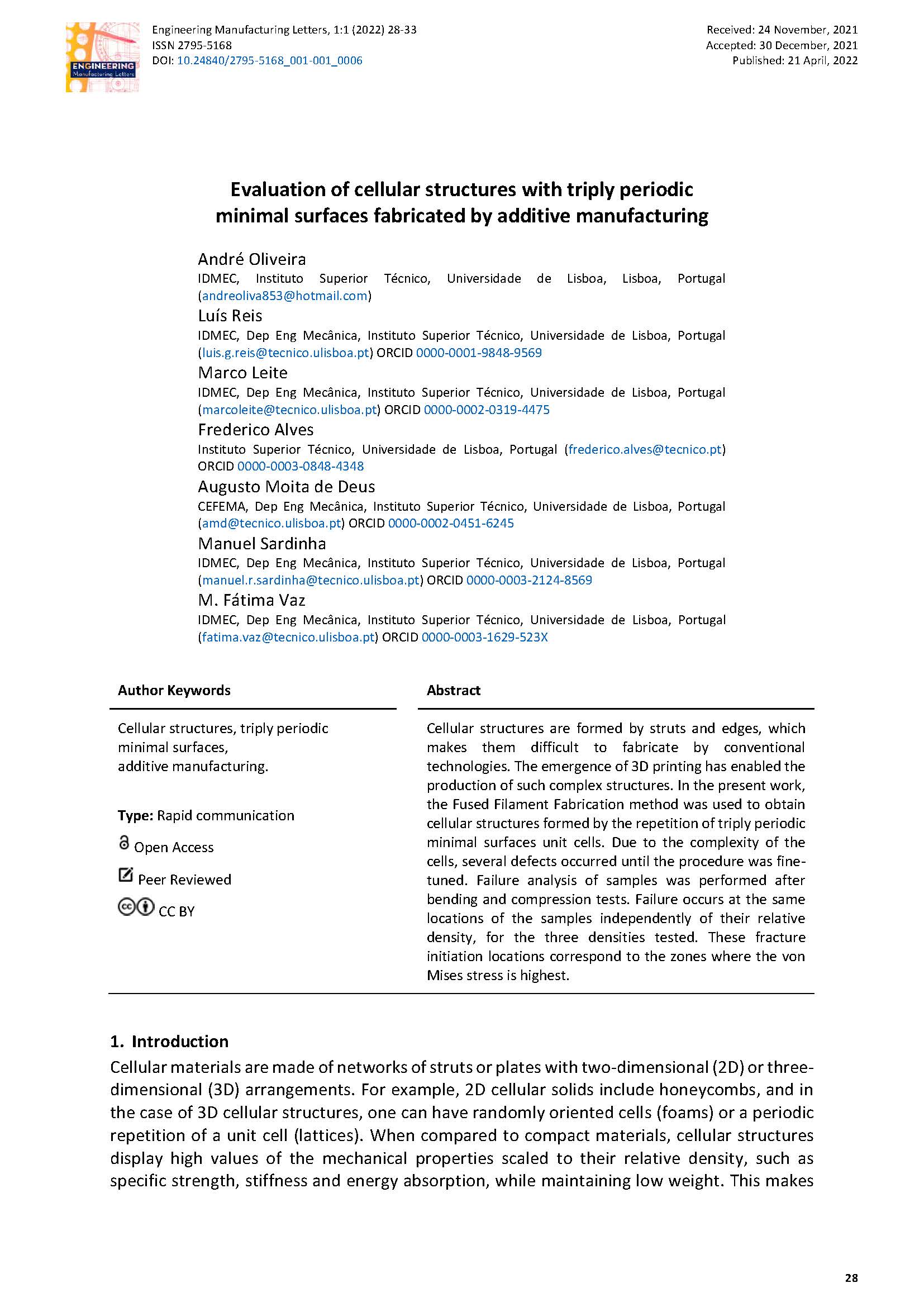 Cellular structures are formed by struts and edges, which makes them difficult to fabricate by conventional technologies. The emergence of 3D printing has enabled the production of such complex structures. In the present work, the Fused Filament Fabrication method was used to obtain cellular structures formed by the repetition of triply periodic minimal surfaces unit cells. Due to the complexity of the cells, several defects occurred until the procedure was fine-tuned. Failure analysis of samples was performed after bending and compression tests. Failure occurs at the same locations of the samples independently of their relative density, for the three densities tested. These fracture initiation locations correspond to the zones where the von Mises stress is highest.