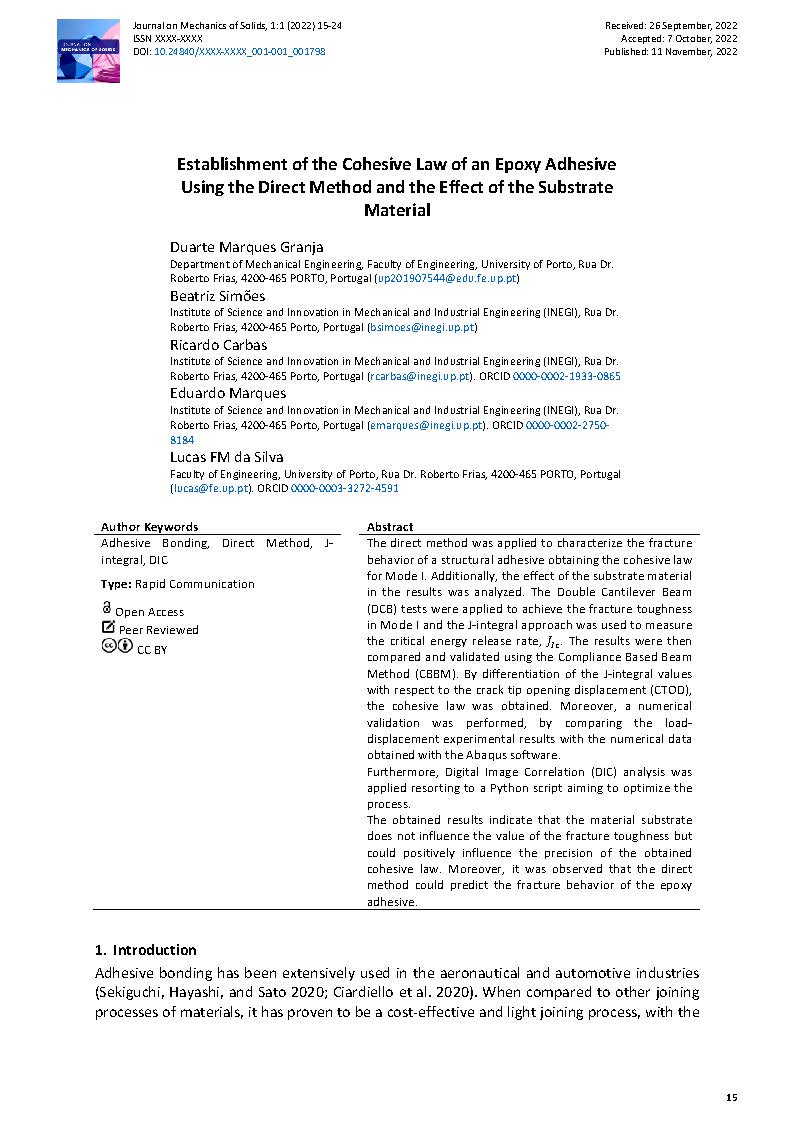 The direct method was applied to characterize the fracture behavior of a structural adhesive obtaining the cohesive law for Mode I. Additionally, the effect of the substrate material in the results was analyzed. The Double Cantilever Beam (DCB) tests were applied to achieve the fracture toughness in Mode I and the J-integral approach was used to measure the critical energy release rate, JIc . The results were then compared and validated using the Compliance Based Beam Method (CBBM). By differentiation of the J-integral values with respect to the crack tip opening displacement (CTOD), the cohesive law was obtained. Moreover, a numerical validation was performed, by comparing the load-displacement experimental results with the numerical data obtained with the Abaqus software.