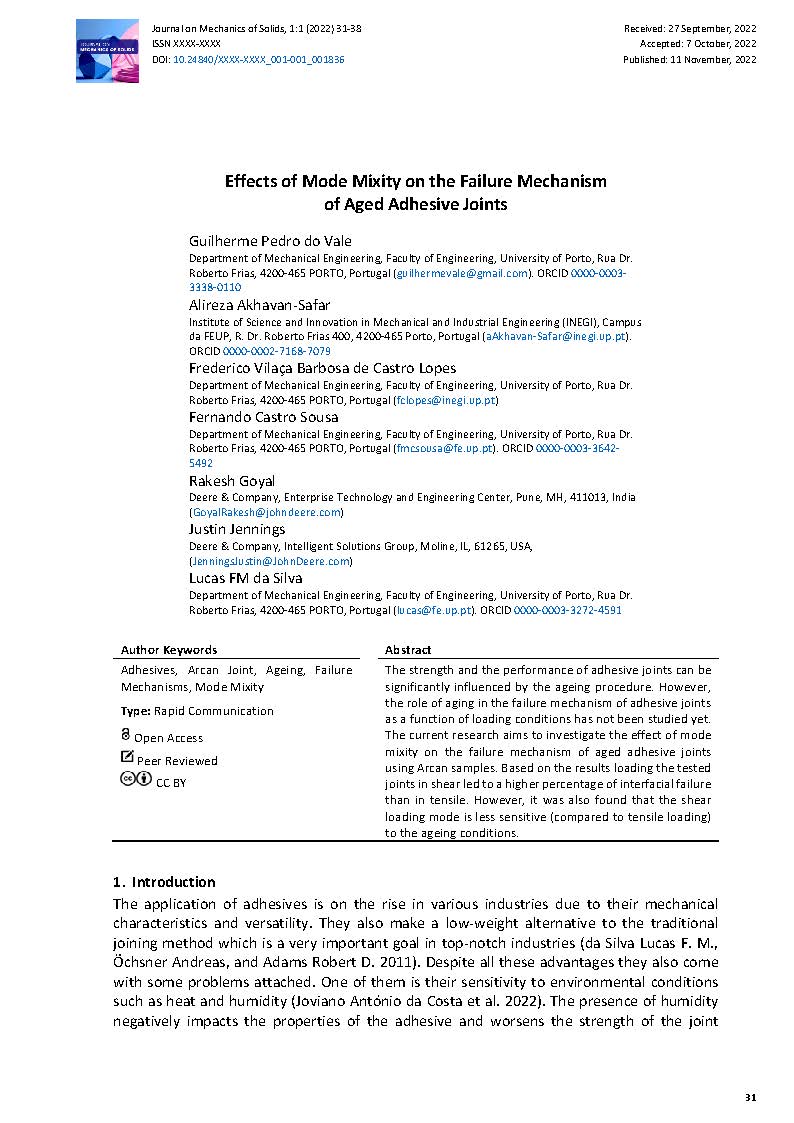 The strength and the performance of adhesive joints can be significantly influenced by the ageing procedure. However, the role of aging in the failure mechanism of adhesive joints as a function of loading conditions has not been studied yet. The current research aims to investigate the effect of mode mixity on the failure mechanism of aged adhesive joints using Arcan samples. Based on the results loading the tested joints in shear led to a higher percentage of interfacial failure than in tensile. However, it was also found that the shear loading mode is less sensitive (compared to tensile loading) to the ageing conditions.