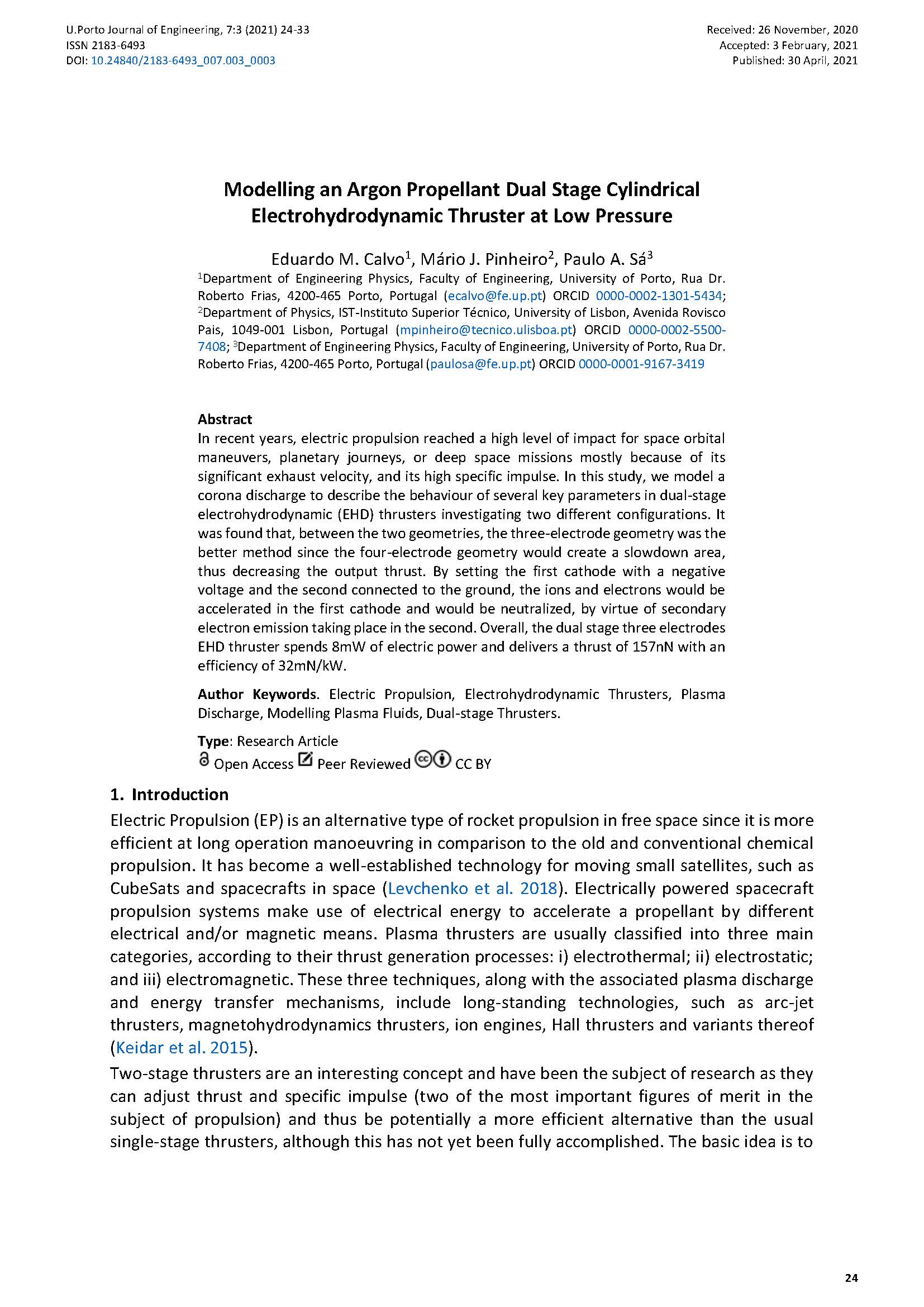 In recent years, electric propulsion reached a high level of impact for space orbital maneuvers, planetary journeys, or deep space missions mostly because of its significant exhaust velocity, and its high specific impulse. In this study, we model a corona discharge to describe the behaviour of several key parameters in dual-stage electrohydrodynamic (EHD) thrusters investigating two different configurations. It was found that, between the two geometries, the three-electrode geometry was the better method since the four-electrode geometry would create a slowdown area, thus decreasing the output thrust. By setting the first cathode with a negative voltage and the second connected to the ground, the ions and electrons would be accelerated in the first cathode and would be neutralized, by virtue of secondary electron emission taking place in the second. Overall, the dual stage three electrodes EHD thruster spends 8mW of electric power and delivers a thrust of 157nN with an efficiency of 32mN/kW.

Paulo A. Sá, University of Porto