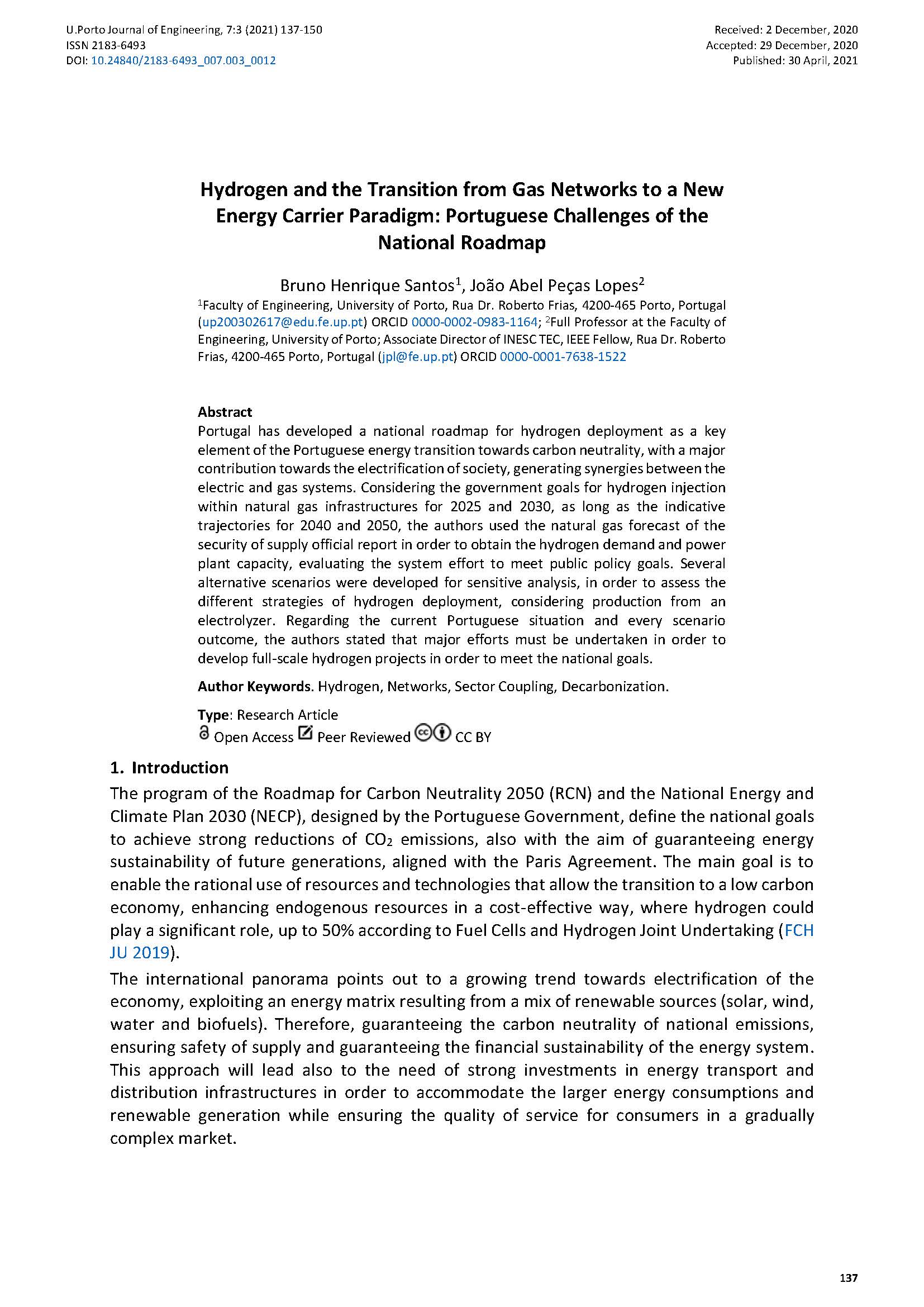 Portugal has developed a national roadmap for hydrogen deployment as a key element of the Portuguese energy transition towards carbon neutrality, with a major contribution towards the electrification of society, generating synergies between the electric and gas systems. Considering the government goals for hydrogen injection within natural gas infrastructures for 2025 and 2030, as long as the indicative trajectories for 2040 and 2050, the authors used the natural gas forecast of the security of supply official report in order to obtain the hydrogen demand and power plant capacity, evaluating the system effort to meet public policy goals. Several alternative scenarios were developed for sensitive analysis, in order to assess the different strategies of hydrogen deployment, considering production from an electrolyzer. Regarding the current Portuguese situation and every scenario outcome, the authors stated that major efforts must be undertaken in order to develop full-scale hydrogen projects in order to meet the national goals.

INESC TEC-Institute for Systems and Computer Engineering, Technology and Science