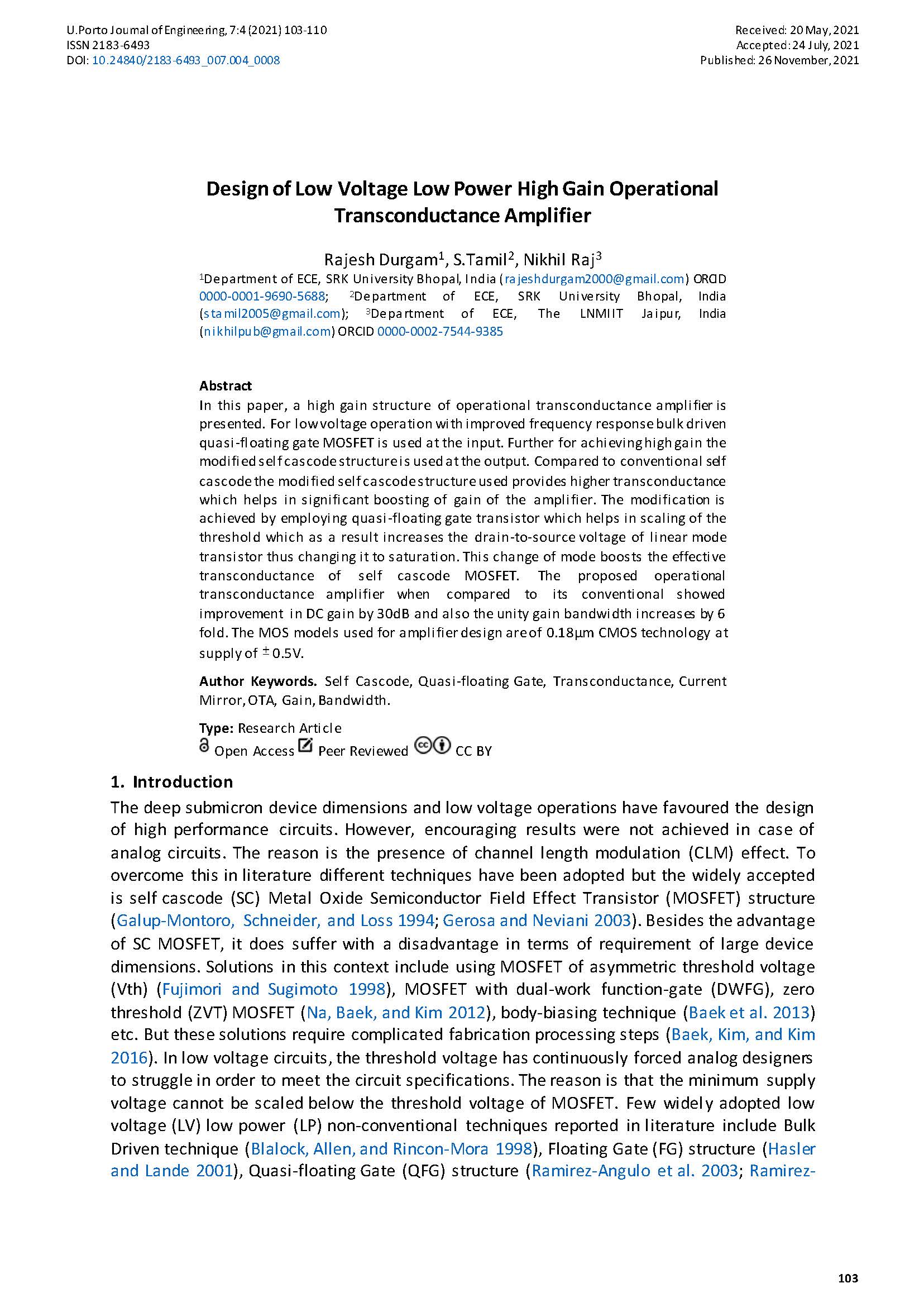 In this paper, a high gain structure of operational transconductance amplifier is presented. For low voltage operation with improved frequency response bulk driven quasi-floating gate MOSFET is used at the input. Further for achieving high gain the modified self cascode structure is used at the output. Compared to conventional self cascode the modified self cascode structure used provides higher transconductance which helps in significant boosting of gain of the amplifier. The modification is achieved by employing quasi-floating gate transistor which helps in scaling of the threshold which as a result increases the drain-to-source voltage of linear mode transistor thus changing it to saturation. This change of mode boosts the effective transconductance of self cascode MOSFET. The proposed operational transconductance amplifier when compared to its conventional showed improvement in DC gain by 30dB and also the unity gain bandwidth increases by 6 fold. The MOS models used for amplifier design are of 0.18µm CMOS technology at supply of 0.5V.