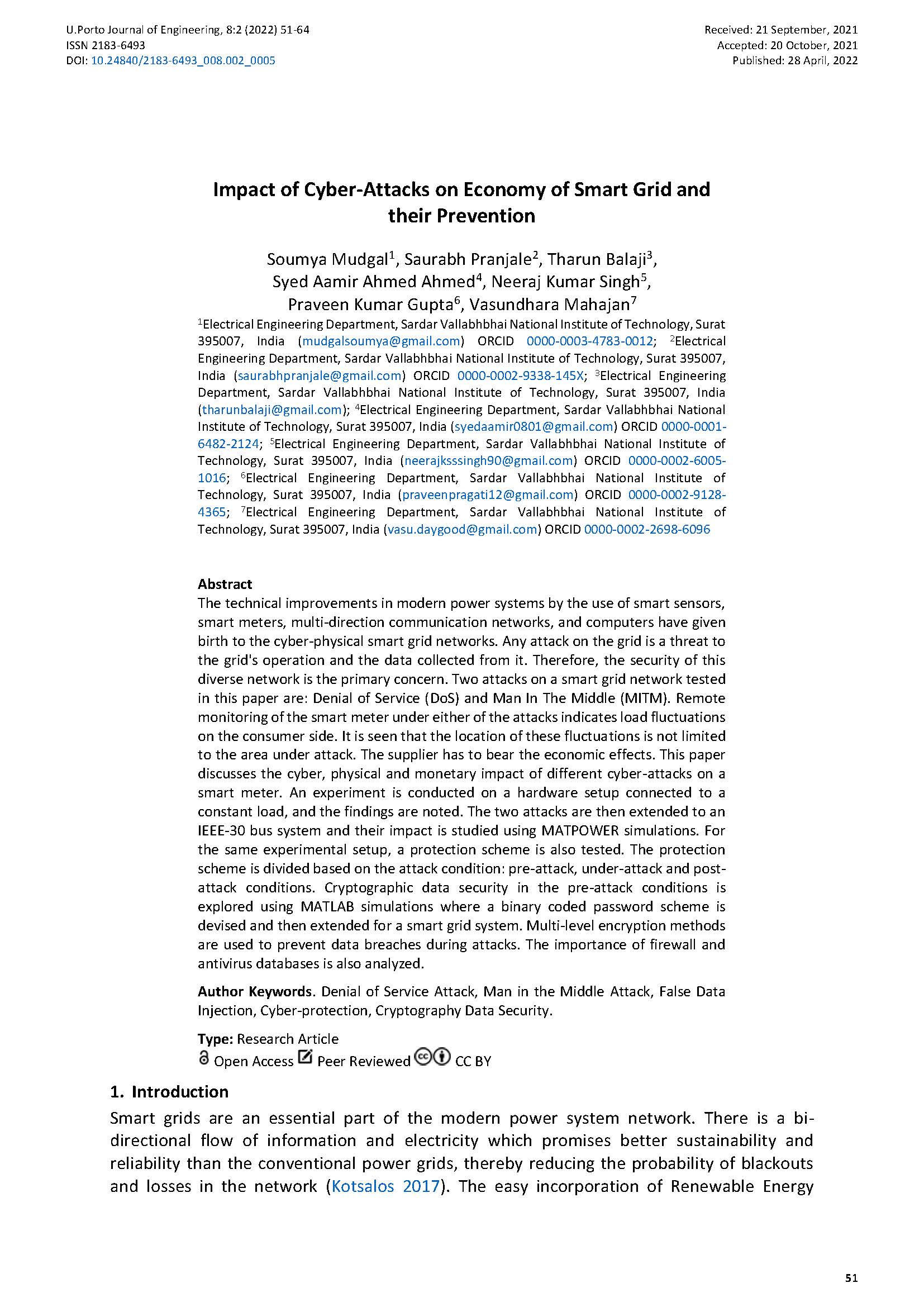 The technical improvements in modern power systems by the use of smart sensors, smart meters, multi-direction communication networks, and computers have given birth to the cyber-physical smart grid networks. Any attack on the grid is a threat to the grid's operation and the data collected from it. Therefore, the security of this diverse network is the primary concern. Two attacks on a smart grid network tested in this paper are: Denial of Service (DoS) and Man In The Middle (MITM). Remote monitoring of the smart meter under either of the attacks indicates load fluctuations on the consumer side. It is seen that the location of these fluctuations is not limited to the area under attack. The supplier has to bear the economic effects. This paper discusses the cyber, physical and monetary impact of different cyber-attacks on a smart meter. An experiment is conducted on a hardware setup connected to a constant load, and the findings are noted. The two attacks are then extended to an IEEE-30 bus system and their impact is studied using MATPOWER simulations. For the same experimental setup, a protection scheme is also tested. The protection scheme is divided based on the attack condition: pre-attack, under-attack and post-attack conditions. Cryptographic data security in the pre-attack conditions is explored using MATLAB simulations where a binary coded password scheme is devised and then extended for a smart grid system. Multi-level encryption methods are used to prevent data breaches during attacks. The importance of firewall and antivirus databases is also analyzed.