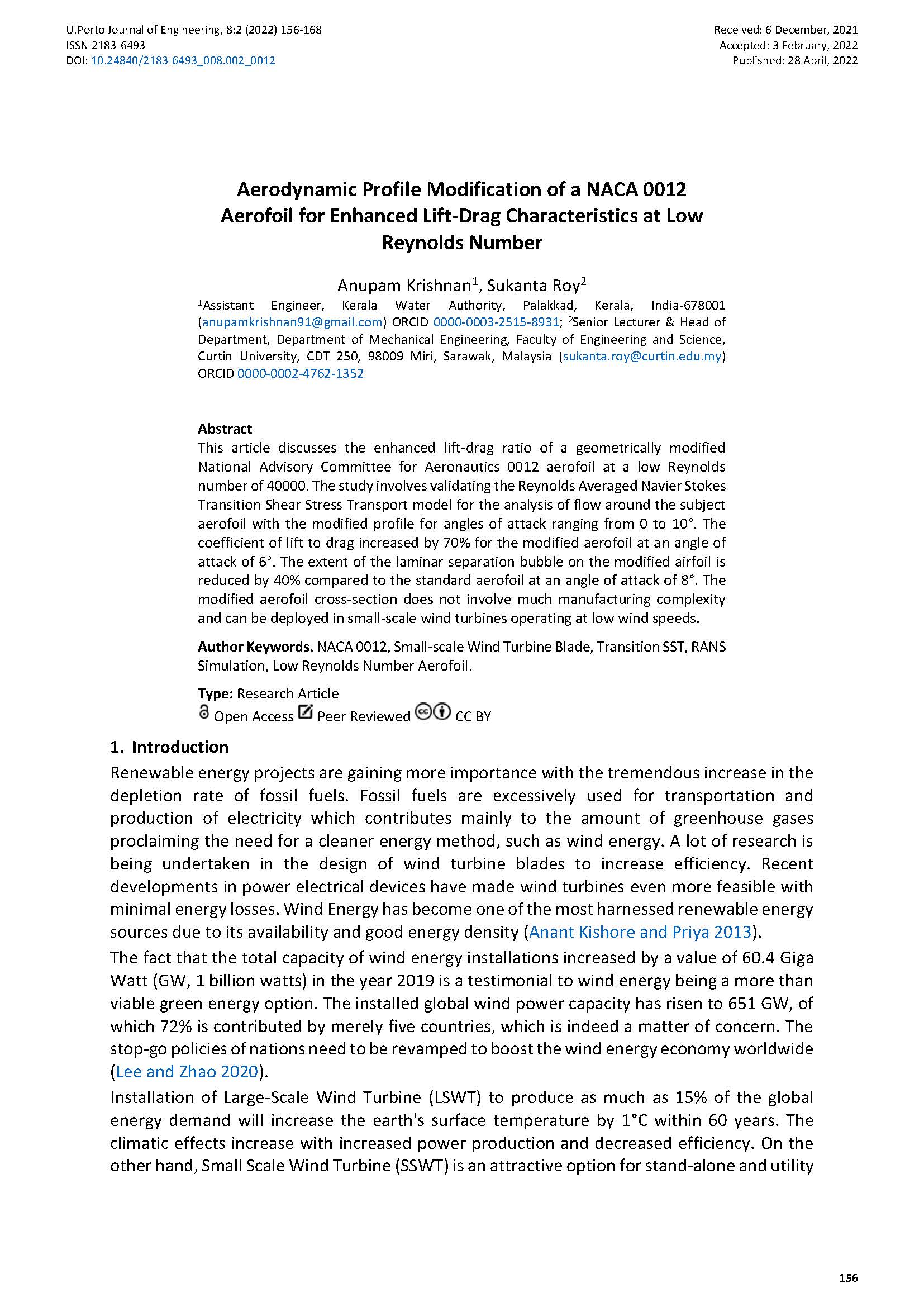 This article discusses the enhanced lift-drag ratio of a geometrically modified National Advisory Committee for Aeronautics 0012 aerofoil at a low Reynolds number of 40000. The study involves validating the Reynolds Averaged Navier Stokes Transition Shear Stress Transport model for the analysis of flow around the subject aerofoil with the modified profile for angles of attack ranging from 0 to 10°. The coefficient of lift to drag increased by 70% for the modified aerofoil at an angle of attack of 6°. The extent of the laminar separation bubble on the modified airfoil is reduced by 40% compared to the standard aerofoil at an angle of attack of 8°. The modified aerofoil cross-section does not involve much manufacturing complexity and can be deployed in small-scale wind turbines operating at low wind speeds.

Faculty of Engineering and Science