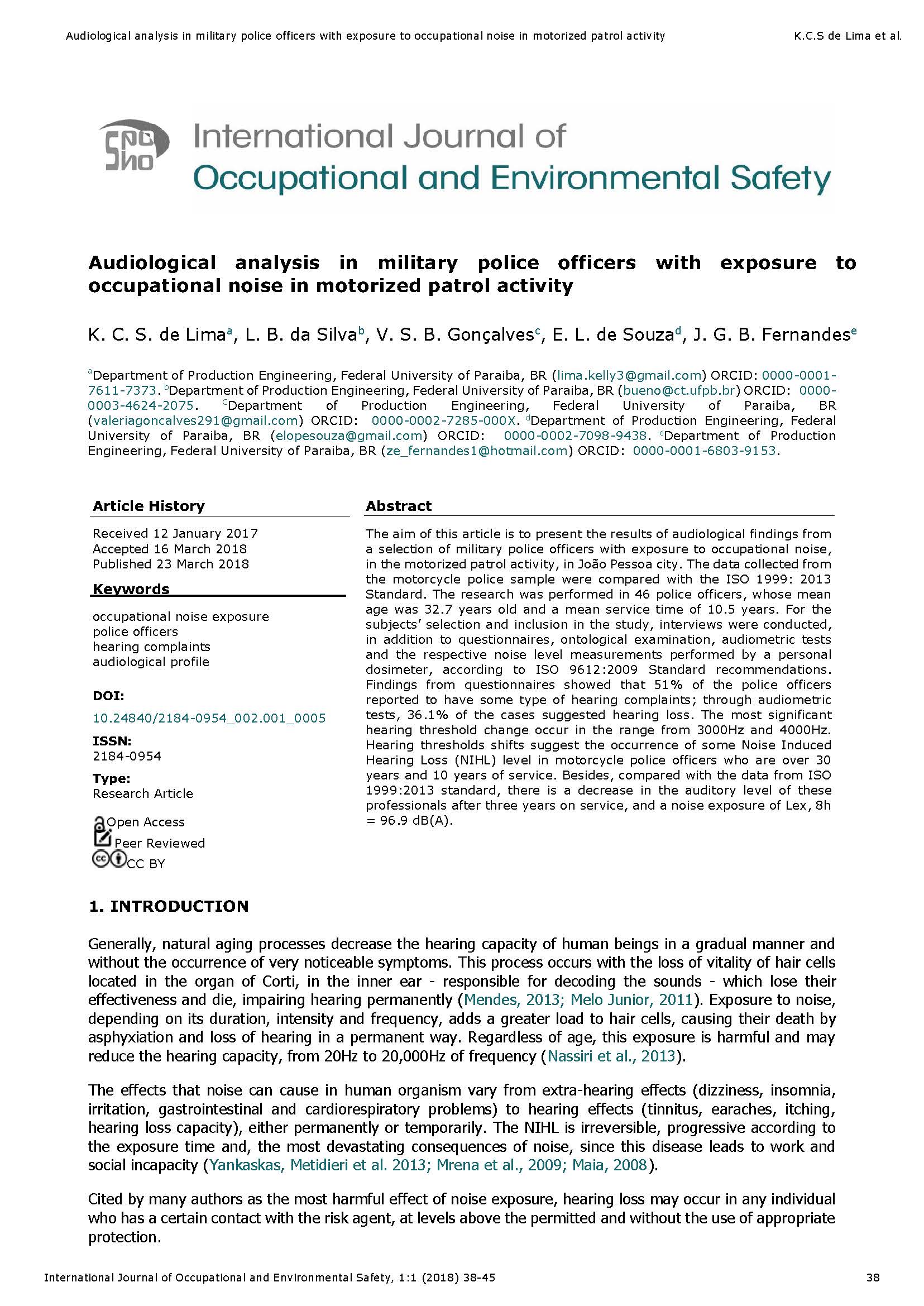 The aim of this article is to present the results of audiological findings from a selection of military police officers with exposure to occupational noise, in the motorized patrol activity, in João Pessoa city. The data collected from the motorcycle police sample were compared with the ISO 1999: 2013 Standard. The research was performed in 46 police officers, whose mean age was 32.7 years old and a mean service time of 10.5 years. For the subjects’ selection and inclusion in the study, interviews were conducted, in addition to questionnaires, ontological examination, audiometric tests and the respective noise level measurements performed by a personal dosimeter, according to ISO 9612:2009 Standard recommendations. Findings from questionnaires showed that 51% of the police officers reported to have some type of hearing complaints; through audiometric tests, 36.1% of the cases suggested hearing loss. The most significant hearing threshold change occur in the range from 3000Hz and 4000Hz. Hearing thresholds shifts suggest the occurrence of some Noise Induced Hearing Loss (NIHL) level in motorcycle police officers who are over 30 years and 10 years of service. Besides, compared with the data from ISO 1999:2013 standard, there is a decrease in the auditory level of these professionals after three years on service, and a noise exposure of Lex, 8h = 96.9 dB(A).