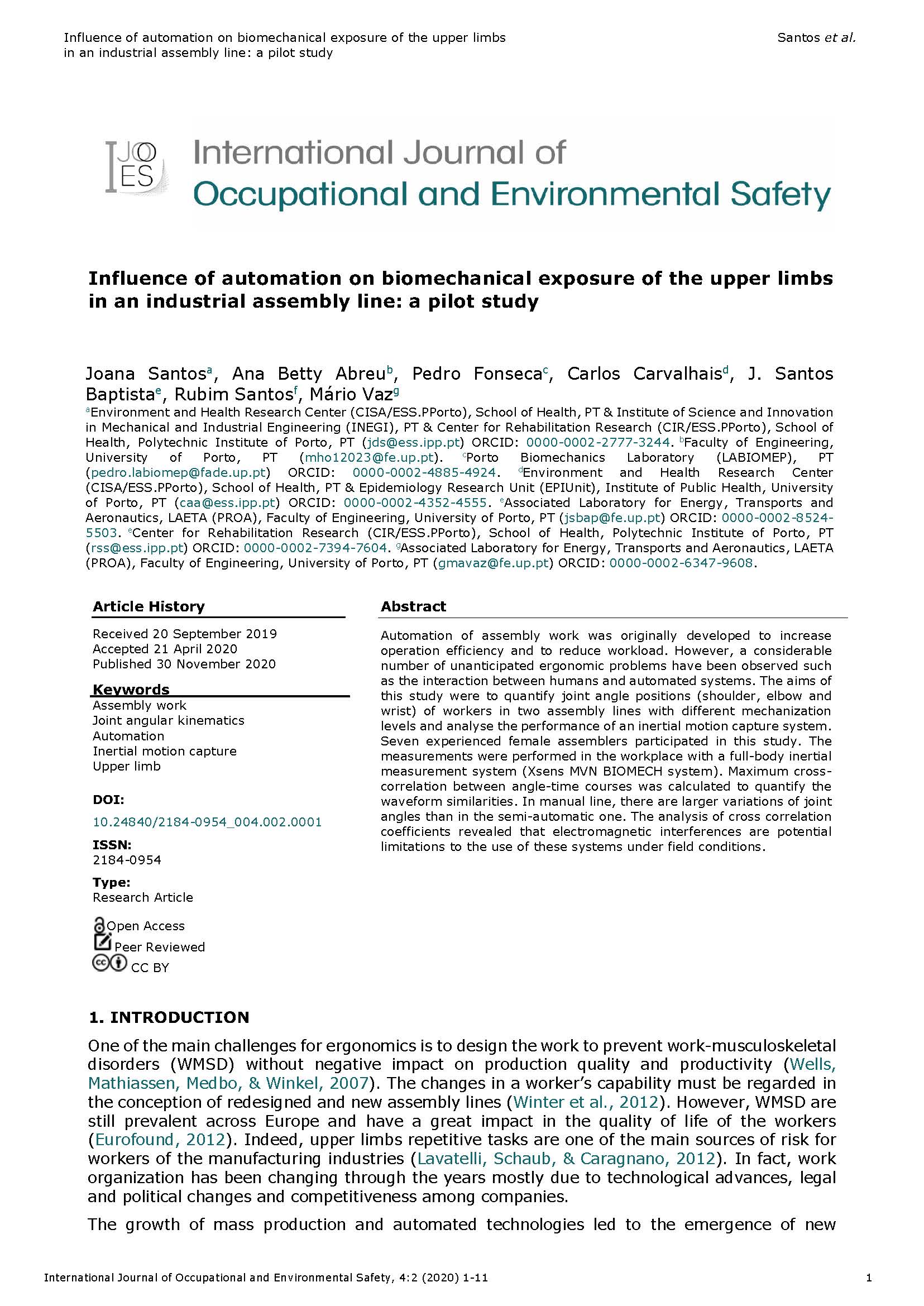 Automation of assembly work was originally developed to increase operation efficiency and to reduce workload. However, a considerable number of unanticipated ergonomic problems have been observed such as the interaction between humans and automated systems. The aims of this study were to quantify joint angle positions (shoulder, elbow and wrist) of workers in two assembly lines with different mechanization levels and analyse the performance of an inertial motion capture system. Seven experienced female assemblers participated in this study. The measurements were performed in the workplace with a full-body inertial measurement system (Xsens MVN BIOMECH system). Maximum cross-correlation between angle-time courses was calculated to quantify the waveform similarities. In manual line, there are larger variations of joint angles than in the semi-automatic one. The analysis of cross correlation coefficients revealed that electromagnetic interferences are potential limitations to the use of these systems under field conditions.