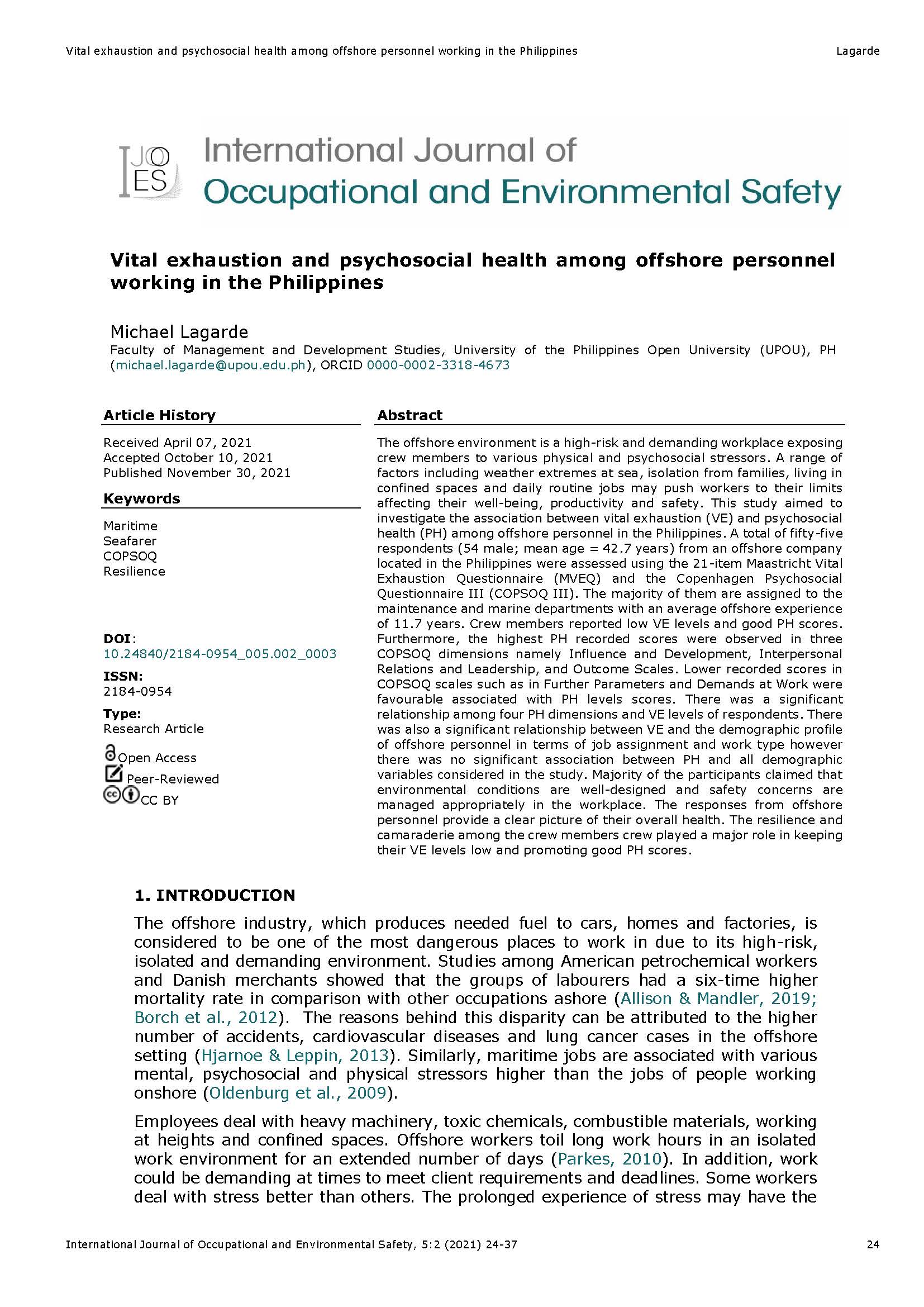 The offshore environment is a high-risk and demanding workplace exposing crew members to various physical and psychological stressors. Health and safety programs are implemented to prevent accidents and promote well-being among personnel. This study aims to determine the association between vital exhaustion and psychosocial health among offshore workers in the Philippines. Quantitative non-experimental descriptive correlational design was used and standardized questionnaires namely: Maastricht Vital Exhaustion (MVEQ) and Copenhagen Psychosocial Questionnaires (COPSOQ III) were utilized to gather data from fifty-five respondents (54 male; Mage = 42.69). Majority of them are assigned in the maintenance and marine departments with an average offshore experience of 11.69 years. Offshore workers have low vital exhaustion (VE) levels and good psychosocial health (PH) scores. Highest recorded scores for PH fall under Influence and Development, Outcome Scales and Interpersonal relations and leadership. Lower mean scores in Further Parameters and Demands at work also translate to favourable PH. There was a significant relationship among four PH scales and VE levels of respondents. There was also a significant relationship between VE and the demographic profile of offshore workers in terms of job assignment and work type however there was no significant association between PH and all demographic variables considered in the study. Majority of the participants claimed that environmental conditions are well-designed and safety concerns are managed appropriately in the workplace. The responses from offshore personnel provide a clear picture of their overall health. The resilience and camaraderie among the all-Filipino crew played a major role in keeping their VE levels low and promoting good PH scores.